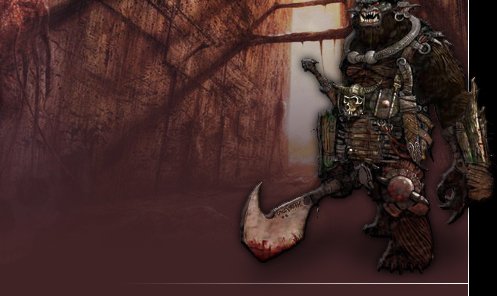 What do the special fields do?
What are our attributes good for?
How does the combat system work?
How does magic work?
How much damage do the attack spells do?
What do the curses do?
How does sneaking work?
What is auto-toggle?
How do I score points for the Highscore?
Fullscreen/Windowed Mode?
What spells do the monsters cast?
What abilities do the monsters have?
What statuses do the monsters have?
What rooms exist in the labyrinth?
What special levels exist in the labyrinth?
What is the difference between common, elder and ancient Staffs?
What is lore good for?
How do ranged weapons work?
What different fighting styles exist?
Why is it impossible to get stolen items back?
Is it possible to get new skills in the game?
What are the staff pieces good for?
Why don't the monsters move?
What are the differences between the new and the classic version?

What do the special fields do?

The sanktum regenerates your lifepoints.
It has 3 charges.
When you are an akolyth it will also cure poison, break curses and
replenish your mana (active spells are terminated then).
If we have auto-toggle turned off we need to press space to use it!

The pentagram regenerates your mana.
When used terminates all active spells.
It has 3 charges.
If we have auto-toggle turned off we need to press space to use it!

This field leads to the next level
Thats what we have to find in each level!

This field leads one level up
If we have auto-toggle turned off we need to press space to use it!

When you use the shovel on this field you will
find some treasure. Can be everything from Weapons/Armor/Light/Gold to magical Items.

When you use the pickaxe on this field you destroy it and get a passage. Sometimes very helpful!

This is a room. There are a lot of different ones.
Most of them are useful but there are some dangerous ones too!

When you use the shovel on this field you will
find some treasure. Can be everything from Weapons/Armor/Light/Gold to magical Items.

Leads to the next level but you can only use it when you have a rope,
the skill climbing or the spell featherfall.

The black magician needs bones for a lot of his spells. There are 9 different ones
and they all work the same. Sometimes an undead will wake up when you walk over it!

Here you can sacrifice items from your inventory to the gods. But they are selective
of what they like. Basically we can say everthing of high value can be accepted.
When accepted you receive an experience gain as reward!

This rune will destroy all summoned creatures that walk over it!

This rune will harm all summoned creatures that walk over it

This rune will not allow summoned creatures to pass!

Here you get 10 thirstpoints back!
If we have auto-toggle turned off we need to press space to use it!

What are our attributes good for?

How does the combat system work?

How much damage do I cause?

If you fight unarmed, and do not have the bare hand combat feat, all this damage is halved.

Sometimes the scored value can be 0. This means that you sucessfully hitted your opponent but you couldn't penetrate his armor!

And there is a chance to kill a monster instantly with a critical hit.
The chances to score this one is calculated like:

(Your dexterity rating + Your luck rating) * 2 + Weapon critical rating
The Maximum you can have is 30%. With Assassination its 45%.

How does Armor work?

All monsters have an armor rating. Like e.g. the Hobgoblin has 6.
This means that every time you hit him a number of damage point
between 0 and 6 is subtracted from your damage (this is random).
The remaining points are subtracted from his livepoints as damage.
Characters armor (the values of all items combined) gives us a minimum and a maximum rating. We can see this in the character info page.
Means e.g. if we have armor that says 4-6 points that everytime a monsters
deals us damage a random number between 4 and 6 points gets subtracted.
If there are any points left this is the damage we receive.


How does magic work?

What is the chance to cast a spell successful?
Normally every spell has a starting chance of 50%. Everytime you succeed or fail to cast that spell the chance is risen by 5%
up to a max. of 100%.
The actual chance to cast a spell can never be higher than 99%,
so there is always a slight chance that it fails.
When you choose the "Sorcery" skill you always have 99% chance
on every spell you cast.

When do I have a special success?
A special success means for duration based spells that they
endure twice as long.
Sspells that do damage and the like do twice the
damage etc.
The chance is calculated like this: Random(0-199) <= 5 + Luck


How much damage do the attack spells do?

What do the curses do?

How does sneaking work?

Additionally sometimes monsters do not notice you and do not attack then.
The chance for this is:
With skill sneaking:
(Luck + Dexterity) * 2%
Without:
Luck + Dexterity

How do I score points for the Highscore?

This works different in Windows and Linux. In Windows the setting gets saved to disk. And we have to restart the game to change the mode.
In Linux the mode is directely changed.
Our mouse will still be locked. So we have to press the Escape Key to release it.
To use it again for the game we have to activate the window move the mouse over it and press Escape again.


What spells do the monsters cast?

What abilities do the monsters have?

What statuses do the monsters have?

The small icons over the monsters represent their current state.
The following statuses exist:

Alert. Means we cannot sneak by.

Asleep. Means the chance to sneak by is very good. No ranged attacks.

Blind. Means the chance to sneak by is very good. No ranged attacks.

Friend. Monster allows everybody to walk by and does not attack at all.

Poisoned. The monster receives 2 points of damage each round.


What rooms exist in the labyrinth?

What special levels exist in the labyrinth?

What is the difference between common, elder and ancient Staffs?

What is lore good for?

Creaturelores: add their double value to attack, minimum and maximum damage
Poisonlore: There is a change of twice its value that poison lasts one turn less each turn
Traplore: Adds its double value to the chance to prevent a trap

How do ranged weapons work?

Why is it impossible to get stolen items back?

Remember this is an abstract roquelike. We know it would make sense to just kill the thief and then pickup the stolen items. BUT it would make stealing senseless!
Because the thieves are very weak and everybody can kill them!
So it will NEVER be possible to get stolen items back!

Is it possible to get new skills in the game?

No its not! Thats one of the traditions of this game.
The game is meant to last only very short not like other roquelikes where you play the same character forever.
We want you to create a new character with different skills every time you play.
So to see all the skills you have to try around with them.
Thats all Lost Labyrinth is living from ... Combinations ...

What are the staff pieces good for?

When you collect all 9 parts of the staff of the last covenant you finish the game alive!
You can enter your name in the highscore as usual but get a sign that you survived!
The other way to finish the game is by completing level 150.

Why don't the monsters move?

In the first versions of the game they did. We decided later to remove it.
It was a gameplay decision. Some players like it other do not.
In laby monsters only block the way to the exit as its supposed to be a 'tactical-roquelike'

What are the differences between the new and the classic version?

The classic version is developed since years and development is still going on.
The programming is done by a friend of mine with whom I studied information technology some years ago.
So why is there a need for a new version?
The classic one is written in blitzbasic which is not developed anymore.
And this compiler is only existing for windows.
Purebasic the language the new version is written in is still developed and has a lot of nice features blitzbasic cannot offer (Like an integrated packer for the resources).
We also can compile the game without changing one line of code for windows and linux and maybe soon even mac os.

The game was programmed from scratch and did not use any code of the classic version.
So there will always be differences! Some skills are named differently or work a bit differently.
Both version have skills the other one does not have. (Or not have yet!)
I invested a lot of time to produce good and readable code. So its really well structured!
And its already totally modularized. So new functions can be integrated very easily which makes sure we can continue development for the years to come!
Both versions follow the same traditions. So we use a lot of common elements but sometimes
in slightly different ways.

Advantages of the new version: